Amadeo Peñalver was born in Valencia, Spain in 1965. He studied fine art at the Universidad Politecnica de Valencia and Ecole Nationale Superieure des Beaux Arts, Paris. He developed his painting style in tandem with international artists involved in the European avant-garde of the 1980’s. He works predominantly with acrylic on canvas until the mid-90’s when he switches to oil on canvas.

In 1989, Peñalver finishes his studies and travels extensively in South America. His experiences in the Amazons in particular reverberate through much of his work in the 1990’s

In 1991, he sets himself up permanently in New York. In the same year Peñalver founds “Ape Gallery” in Soho, an experimental art space where he exhibits paintings, installations, performances and sculptures. Over the next decade the studio space moves between Soho and Chelsea.


In 2000, Peñalver co-founds “Fish Tank Gallery” in Williamsburg, Brooklyn. The gallery was one of the first art spaces to open in Williamsburg, an area which has grown into an artistic Mecca for American artists. He continues to exhibit with a range of US and international artists.

In 2007, Amadeo moves his studio to Greenpoint, Brooklyn. Over the next 7 years he dedicates himself to large format oil paintings on linen and creates the series “Black” and “Live”.
‘Live” is a collection of 12 paintings created through performance painting, capturing the energy of the here and now. 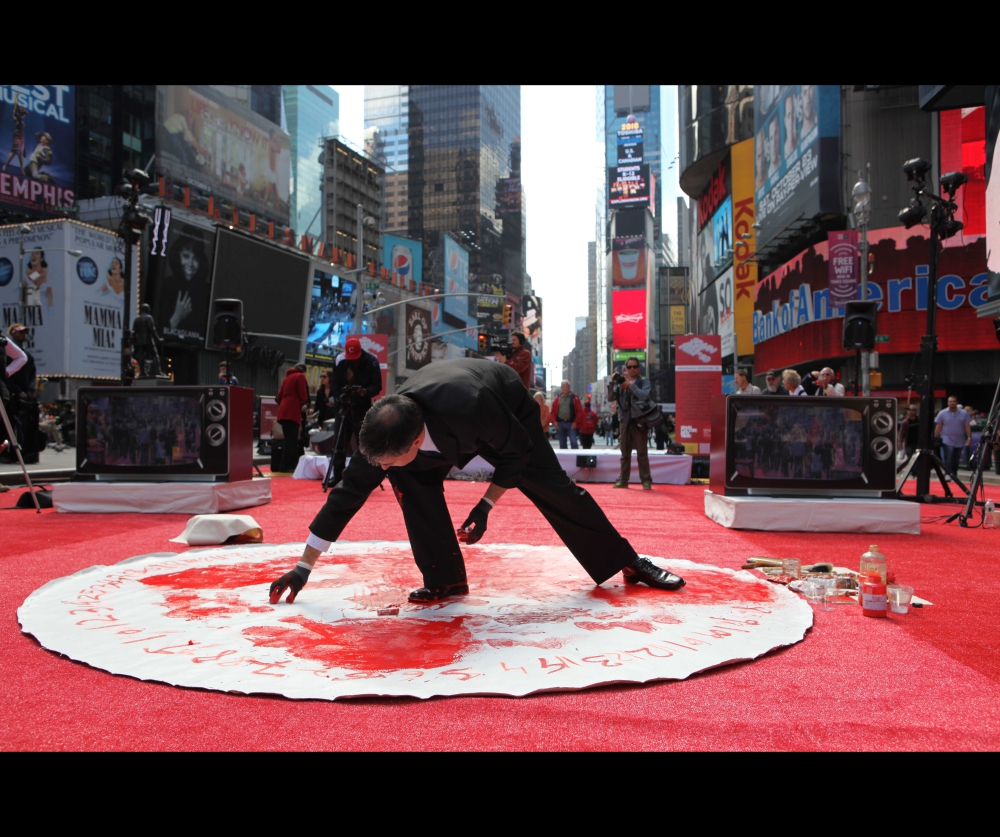 In 2014, Amadeo establishes “Peñalver Studio” in Montclair, NJ. In the following years Amadeo has developed a body of work on paper, using a mix of printmaking techniques, oil paintings and sculptures, focusing on human relations. He continues to work and exhibit from his studio. 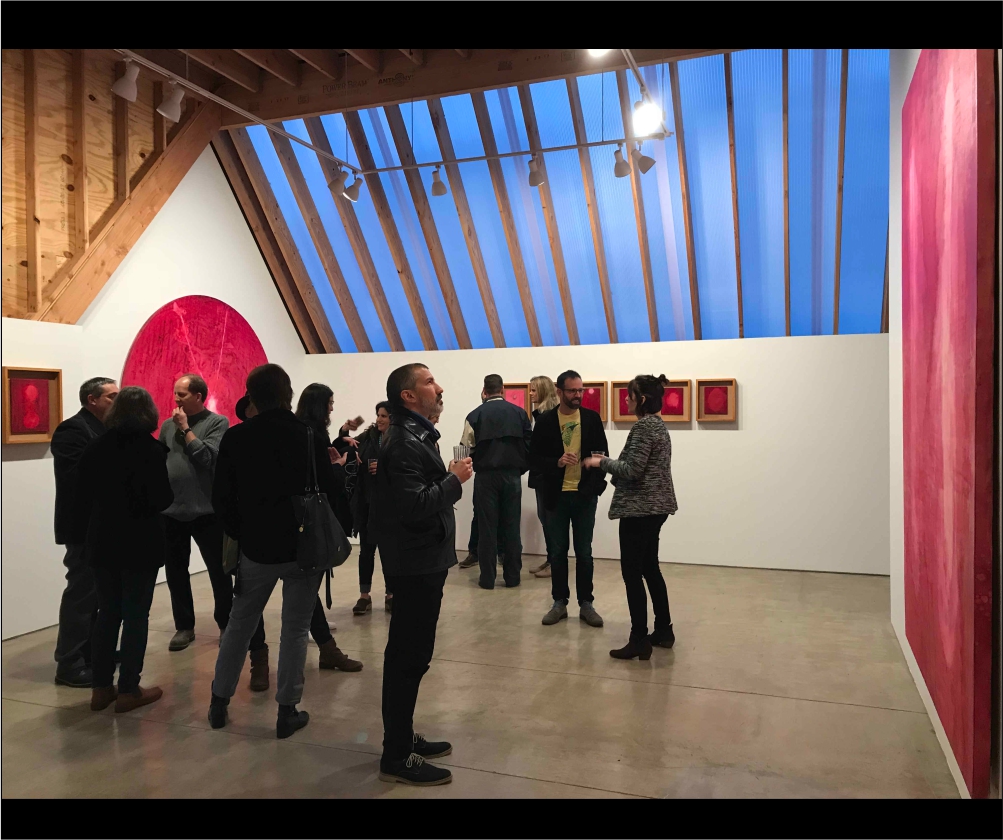 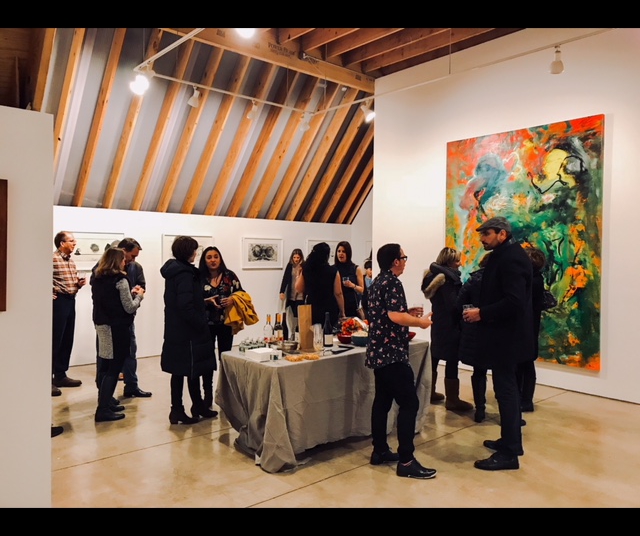 2002
Gets chosen as one of the artists for "The New Irascibles", photo session with the photographer Timothy Greenfield-Sanders.
Live2 “Circle” in the clock tower, P.S. 1, "MOMA" Museum of Modern Art. New York, USA.

1997
Lives 4 months in Madrid. Works with painter Amadeo Roca, who won the silver metal of the Grand Palais in 1930. Departs for 3 months for the Amazon again. Visits different Caribbean Islands in search for nature untouched by human beings.

1996
Presents to the public “The birth of Bernabe Villar” at the Art Fair in Caracas.
Travels to Turkey. Discovers the beginning of the occidental culture: Kuroi and Korai, archaic Greek sculptures, Ephesus and the rich legend of the ottoman emporium. Paints at Cunda Egeo Sea. Has incredible, mind opening conversations with the writer Serham Ada specialist on Turkish art and culture and Juan Luis Marco arabic specialist.
Solo exhibition “From Your Breast Milk, From The Sky Water”, Ape Gallery, New York, USA
Solo exhibition, Briseno Gallery, Caracas, Venezuela

1994
Travels to Mexico where he experiences with hallucination mushrooms in Tuztlade Gutierrez, which is a pre-hispanic ritual.

1993
Moves back to the Spanish Mediterranean coast to search for his Mediterranean root. There he develops works which reflects the light and colors of his ancestral heritage. Studies the Iberian pre-roman culture and visits the Altamira Caves. Travels to Morocco where he is very impressed by the colors of their markets, especially the Medina of Fez.
Solo exhibition “I, Man”, Ape Gallery, New York, USA

1990
Moves to Venezuela where he works in the heart of the Amazon jungle and then to Los Roques in the Caribbean. “The power of nature is impressive. Men had to build cities to be able to control nature”, he says.
Get's invited by Mr.Cueco and the Ecole Nationale Superieure des beaux Arts to travel to Paris and to develop there as an artist. But he turns this offer down and leaves for Ibiza (Balear Islands, Spain) with painter Rafael Bujanda instead.
Charmed by the energy and cultural life of what he considers the world’s capital of art, he returns to NY.

1989
Group Exhibition at the École Nationale Supérieure des Beaux Art, Paris.
Leaves for San Francisco to do research on Chinese Contemporary Art for his MBA at the University of Berkeley. But gives up his academic career to dedicate himself solely to his artistic work.

1988
Wins the first art scholarship in Spain given by the European Community, to attend the École Nationale Supérieure des Beaux Arts, Paris.
There he works in the Atelier Cueco with a group of international artists in the European avant-garde alongside Boltansky, Cobra Group etc.
In that year travels to Mexico and establishes a relationship with sculptor Francisco Soto and painter Adrian Bellon. He is strongly moved by the Meso-American culture and the surrealistic Mexican life. Also travels to the United States for the first time and visits Boston and New York.

1987
Visits the “Documenta” in Kassel, Germany.
Gets selected as one of ten Spanish artists for the ”Quintanar Palace Grant”. Works in the landscapes of Castilla.
Takes part of the group exhibition at La Bomba, Valencia, Spain
Group exhibition, Torreon de Lozoya, Segovia, Spain

1986
Travels to Paris and later to Italy to study further the post-modern and neo-realists movements.

1985
Travels to Italy where he is deeply impressed by the people and the culture.
Group exhibition, Ateneo Mercantil, Valencia, Spain.

1984
Begins studies in fine art at the University Politecnica of Valencia, Spain

1984-1981
Studies drawing and painting at the Academy of Jose Calvo Falomir, painter.

1979
Travelto Barcelona (Spain) where he discovers the work of Dali, Picasso, Miro and Gaudi.
First Group Exhibition at the age of 14 in Centro Cultural Casinos (Valencia, Spain).